MTVs Beavis and Butt-Head Are Returning With New Episodes

BY MATT MELIS via Consequence of Sound 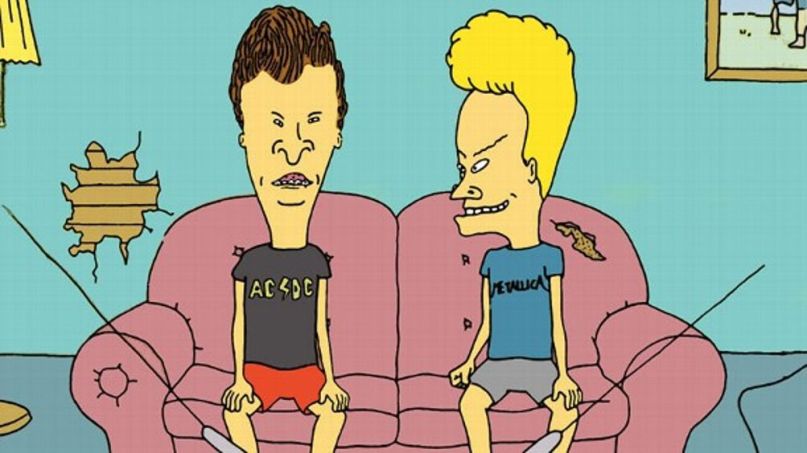 Beavis and Butt-head, photo by MTV
This article has a story…And the story is about how two teenage nimrod slackers with absolutely zero ambition came to sit on their couch and let their brains rot to music videos from Dolly Parton to Pantera for so long that they became a generation’s foremost experts on the art form. Twenty-five years later, pop culture and tastes continue to evolve, but, if we’re honest, many of us can admit we graduated from the Beavis and Butt-head school of music criticism and still cling to one age-old truism: within the first five seconds of a music video, we know if it “sucks” or “kicks ass.”

In honor of 27 years of Mike Judge’s Beavis and Butt-head, here are 10 videos that absolutely don’t suck nads and “speak less to the heart and more to the sphincter.” Uh, huh-huh. I said, “nads.”

Beavis: Ahhhhhhhh, yeah. I like to mellow out to this song.

Beavis: Sometimes if I have a boner that won’t go down, I listen to this kind of music.

Beavis: Um … um, Butt-head, I don’t think that dude’s with us anymore. You shouldn’t say that.

Beavis: Um, I’ve never seen that drummer before in my life! That’s not him.

Butt-head: No, buttmuch! I’m talking about the drummer from Nirvarna is playing guitar here.

Beavis: Yeah, yeah, here it is!

Butt-head: These guys are cool.

Beavis: I saw these guys. I went to this concert, and I kicked butt down in the pit.

Butt-head: No, you didn’t, liar. You stood outside and tried to sneak in. Then you got your ass kicked by that big, giant bouncer when you tried to sneak backstage.

Beavis: Yeah, yeah! He must have seen something so horrible, like, his eyeballs melted.

Beavis: Isn’t he that dude on The Addams Family?

Beavis: Yeah. He could kick Cousin Itt’s butt, too.

Butt-head: Does Cousin Itt have a butt?

Butt-head: Dirty deeds are cool. Hey, Beavis. Have you ever done a dirty deed?

Beavis: Yeah. I spanked my monkey one time.

Butt-head: You know who Lemmy looks like? He looks like that dude down the street that’s always working on his car.

Beavis: The guy who parks his car on the front lawn?